Councilman Salamanca calls safe havens a step in the right direction for the city.

A new Morris Avenue Safe Haven shelter for unhoused New Yorkers that opened last week across the street from Lincoln Hospital has received some unexpected praise.

Councilmember Rafael Salamanca Jr.–– who has called for the “Living Room Drop-In” shelter in Hunts Point to be closed –– said that while he was initially skeptical about the idea of another shelter in his district, he was won over after visiting the “Safe Haven” facility and conferring with the administration of Mayor Eric Adams.

“It’s an opportunity to get [unhoused New Yorkers] the help that they need, so that we can get them into some type of supportive housing, which would be equal to permanent housing, and they will no longer have to live in the streets,” Salamanca said. “That is why I was supportive of this location at this individual site.”

Unlike many city shelters, the Safe Haven facility does not have a curfew, provides primary and behavioral healthcare and claims to offer more privacy to residents, though residents still need to share large rooms with others. The shelter has room for 80 residents, with low entry requirements, according to the mayor’s office.

Salamanca said he was told residents will have access to a primary care doctor and a social worker. He said the Safe Haven was empty when he took his tour, but that it resembled other Safe Haven facilities he has visited in the past and had a “dorm room setting.”

“They have their own beds, their own locker,” Salamanca said, describing his impression after the tour. “I would say little barrier walls so they can have some privacy. There are bathrooms, showers, and a laundry room. You have surveillance cameras throughout the entire building.”

Adams announced the new facility –– which is funded by the city and operated by the nonprofit Care for the Homeless –– amidst criticism for his controversial initiatives to remove unsheltered people from public spaces, like clearing encampments on the street and removing people from subways.

Advocates for unhoused people say the new policies are harmful to unsheltered people, many of whom deliberately avoid city shelters due to bad experiences. They say the policing efforts displace unsheltered people without providing an alternative they prefer. Clearing encampments violates CDC guidance. The City Council’s Progressive Caucus, which includes 34 of the council’s 51 members, issued a statement condemning the mayor’s encampment sweeps.

“Policing and sweeps are harmful, counterproductive strategies that can actually push unsheltered homeless people further away from services,” said Jacquelyn Simone, the policy director for the Coalition for the Homeless. “Without offering homeless New Yorkers a better place to go, these are cruel public relations tactics that do not address the real problem, nor will they reduce unsheltered homelessness on our streets and subways.”

But Adams says the Safe Haven facility will provide a place for unsheltered New Yorkers to stay.

“The opening of the Morris Avenue Safe Haven, and others like it, will provide unhoused New Yorkers a place to live, heal, and be cared for,” Adams said.

Safe Haven shelters are “specifically tailored” for unsheltered people who are resistant to accepting shelter from outreach workers because they were not served by traditional transitional housing settings, according to a press release from the mayor’s office.

Shams DaBaron –– an advocate for the unhoused from the Bronx who has experienced homelessness and goes by the pseudonym ‘Da Homeless Hero’ –– said he supports the new shelter but would have preferred if the Safe Haven on Morris Avenue had single-occupancy rooms to provide more privacy to residents. He thinks the city should phase out congregate shelters.

“I was in these large, congregate shelters,” DaBaron said. “I saw rapes, robberies, stabbings. I saw security there beat the crap out of people, treating them in an inhumane way. We were being fed like slaves. The overall experience of being there is a dehumanizing experience.”

But DaBaron says that apart from the shared rooms, the new Safe Haven is an example of a model he has been pushing for for a long time.

“A 14-room shelter can solve an immediate need,” he said. “The reason why I support this particular shelter is because it is the model that I’ve been pushing for, ​​which is a focus on a facility that has services on site: medical services, access to therapists. … This model is saying ‘no, you don’t have to go into the streets. You can actually stay here.’”

The Mott Haven Herald was denied entry to the Safe Haven facility, and Care for the Homeless did not respond to questions about it, referring reporters to the Department of Homeless Services, which did not respond to multiple requests for comment.
City Limits reported that there are not enough Safe Haven beds across the city to accommodate the unhoused in New York, who are currently being swept off the streets, and that as of last week, there were only five people staying at the new Safe Haven. The 80 beds on Morris Avenue are part of the 1,533 Safe Haven beds across the city, according to data from the Coalition for the Homeless. Roughly 90 percent of those beds are occupied each night, according to data tracked by City Limits.

The city’s annual survey to estimate the number of unsheltered people, called Homeless Outreach Population Estimate, found that there were at least 2,376 unsheltered New Yorkers in January 2021.

DaBaron said his ultimate goal is for the city to no longer rely on shelters at all. He wants the city to provide more access to affordable housing for unsheltered people.

“I just want to be clear that to solve homelessness, you have to build housing,” he said. “Homeless people don’t want to be in shelters. They want to be housed, they want to have housing opportunity.” 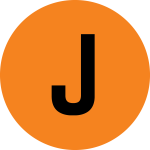 Tags: Coalition for the Homeless, Safe Haven, The Living Room