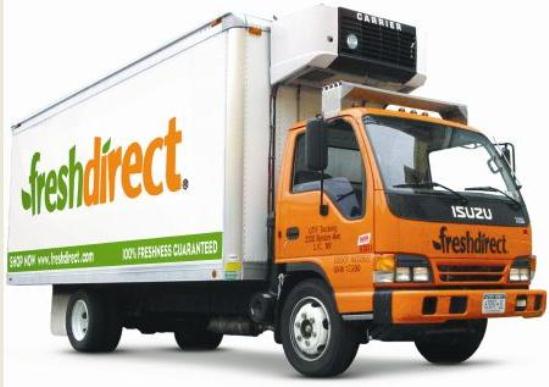 Why I support FreshDirect

Bronx residents are tired of hearing about the dismal unemployment statistics in the borough and want to know what is being done to create jobs here.

Encouraging New York City businesses to invest in the Bronx is a good place to start.

At the South Bronx Overall Economic Development Corporation (SoBRO), we work daily to improve the quality of life in our community.  Our four-pronged approach focuses on youth and adult education, real estate development and renewing the local economy.

One way to accomplish that goal is to stimulate commercial growth. In addition to offering entrepreneurial training and resources to start-up Bronx businesses, we also help those who want to move their companies to the Bronx cut through government red tape and promote job opportunities to residents of the borough.

For those of us fighting to bring these new economic opportunities to the area, the online grocer FreshDirect’s plans to open an expansive operations center in our borough is welcome news.

Since the company’s announcement this year that it would relocate to and expand operations in Port Morris, FreshDirect has said repeatedly that it wants to be an active member of the community.

The company’s recent announcement that it would hire 200 new employees by the end of the year, with a focus on recruiting Bronx residents, is just one example of its ongoing efforts to follow through on that promise.

Over the coming decade, the company plans to create up to 1,000 new jobs – at least one-third of which will be designated for Bronx residents. These jobs will play a critical role in helping curb unemployment.

In May, the company expanded service to every zip code in the Bronx, part of its goal of providing better access to quality, nutritious foods in an area of the city often described as a “food desert.”  In September, FreshDirect launched a novel pilot program that would allow some food stamp recipients to purchase groceries over the Internet for the first time.

And FreshDirect’s goal of switching to a 100 percent green transportation fleet isn’t just good for the environment–it will also stimulate local economic growth for other businesses.  For example, the company has purchased 10 electric delivery trucks from Smith Electric Vehicles, which announced recently that it would also be making the South Bronx its new home.

In December, SoBRO hosted its annual gala to highlight the strides we have made as a community over the last year to build a better Bronx.  Our partnership with FreshDirect is just one of the advancements we celebrated.

We cannot expect businesses to come to the Bronx if we do not play our part. Our support of FreshDirect provides a valuable case study for working with businesses looking to expand in– and help economically stimulate–our treasured borough.

By working directly with businesses, we can foster fruitful partnerships – like the one we are forming with FreshDirect–that will revitalize the South Bronx’s economy and create badly needed jobs along the way.

Let’s be clear. FreshDirect doesn’t care about the South Bronx.

Since its inception, the company never bothered to deliver here until it thought we’d be foolish enough to trade our health for its “fresh” service.

Its half-hearted promises about (part-time) jobs, a (partial) fleet of green trucks and a (partially) revised plan for occupying our waterfront are sugar pills it thinks will distract us from the pain it plans to inflict.

Unfortunately, too many of us have become too familiar with grandiose proclamations of bold opportunities for the South Bronx that quietly disintegrate after headlines fade, leaving only poverty, pollution and broken promises.

The South Bronx suffers an asthma rate eight times the national average. One in five of our children have asthma, and our asthma hospitalization rate stands at 21 times that of more affluent neighborhoods in our city. The cause is no mystery. A 2002 study in the South Bronx linked our asthma epidemic to the diesel truck-intensive industries and highways saturating and surrounding our neighborhood.

Yet FreshDirect wants to bring 938 more diesel truck trips through our residential streets every day and another 712 on weekends and pretend the benefit outweighs the harm.

Talk about jobs is equally disingenuous. FreshDirect does for jobs what they do for groceries: they move them around at a heavy cost to the public. The business model depends upon peeling customers away from others, forcing local grocers and bodegas out of business and eliminating jobs. How are we to know they’ll bring more jobs than they take?

Additionally, the $127 million subsidy FreshDirect seeks would support a salary of $93,000 per job they “promise” to bring, yet Bronxites can expect to land an $8/hr PT position because of FreshDirect’s unfair exemption from NYC living wage requirements as a result of their heavy lobbying.

The public land FreshDirect proposes to occupy is part of a lot that lines the entire South Bronx waterfront. The state Department of Transportation leased it to a developer 20 years ago to provide a public benefit. The developer, however, has collected $61 million in profit while delivering nothing more than health consequences to the community from subleases to a waste transfer station, a fossil fuel power plant and distribution hubs for both FedEx and the New York Post.

For these and other reasons, a broad coalition of residents, politicians, and businesses have joined together to oppose this deal.

Our Community Board passed a resolution disapproving of the process by which the FreshDirect deal was struck.

Four locally elected officials, including Councilwoman Mark-Viverito, Councilwoman Arroyo, State Senator Serrano and U.S. Congressman Serrano, have called for a moratorium on all new development, including FreshDirect, on this public waterfront land.

Councilwoman James and Councilman Halloran have also sided against the deal, calling it an impermissible bailout of one company, a company that exists by leveraging subsidies to run hundreds, if not thousands, of others out of business.

Both the Bodega Association and the New York Association of Grocers have also come out against these enormous, unfair subsidies.

And South Bronx Unite, a group of concerned residents, has sued with the reasonable demand that a full environmental impact study be conducted before any development occurs, as is legally required.

Reasons for opposing FreshDirect’s attempt to move to Mott Haven are manifold, urgent, and clear.

The reasons they try to feed us for supporting them are malicious and slippery with misdirection. They even pay people from other communities to try to divide us.

These are pills we simply won’t swallow.

• * Dedicated to Monxita/o and all the yet to be born children of the South Bronx. * *

Mychal Johnson is a member of South Bronx Unite, a coalition of local residents and organizations.

Have an opinion on an issue of concern to Mott Haven, Melrose or Port Mor- ris? Neighborhood voices welcomes your submissions.