Bronx County’s unemployment rate is recovering from 2020 pandemic highs, but it remains the highest in New York State, according to new data released by the state Labor Department.

Although that 10.3% rate is almost double the borough’s pre-pandemic rate in January 2020, it also represents the largest drop in unemployment of any borough in the city.  A year ago, the Bronx jobless rate was 18% — a figure that rose to 24.8% in May 2021.

While the numbers show a significant move toward recovery, Bronx residents still shoulder a greater economic burden than other NYC boroughs.

A June 2021 study from the Center for Women’s Welfare, “Overlooked and Undercounted 2021

,” reported that more than half of households in the Bronx earned less than basic family budget needs, more than any other borough.

There may be a long road ahead for the city as a whole.  In February 2022, the City Office of Management and Budget forecast that the employment rate in the city will not return to pre-pandemic levels until 2025.

, a publicly funded agency that provides nonpartisan information about NYC’s budget to the public, has predicted the city will not recover all jobs lost over the past two years, let alone enjoy a level of job growth needed to meet increasing population demand, until late in 2025. 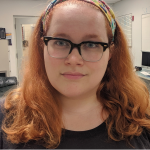